By The Associated Press (Gray areas are the original story.)

EUGENE, Ore. — A drag queen story time at an Oregon pub that was to have featured an 11-year-old performer attracted protesters outside the venue, but the weekend event went on as planned inside.

Counter protesters also showed up Sunday at the pub in Eugene and both sides included people who were armed, some with semi-automatic rifles, police said.

Police did not intervene. They estimated the total crowd at about 200 people and said individuals on both sides lobbed rocks and smoke grenades at each other.

Junk Journalist writer assumes the protests are “anti-LGBTQ. ” However, the protestors likely knew of the arrest of the child performer’s former handler for alleged child abuse. Disney, Fox and the AP present no legitimate concerns about child safety, abuse, and exploitation. Disney and the AP writers and editors think protestors are anti-LGBTQ. The story assumes if 11-year-old girls appeared at adult exotic men’s clubs, there would be no protests.

The Drag Queen Story Hour, a national project conceived as a way to educate and entertain children by appealing to their imaginations, has generated social media backlash from opponents who claim they want to protect children. But the protests are actually scaring and endangering them, organizers say, adding they will enhance security but won’t halt their programs.

The pub frequently holds LGBTQ-friendly events and had promoted the show as a story time featuring drag performers singing songs and reading picture books, with plans to include the 11-year-old performer. An advertisement features a rainbow, a unicorn and puffy clouds against a blue sky along with superimposed photos of the child performer and three adult drag queens.

The AP, Fox and Disney omit the following information, as reported by Andy Ngo of the post millennial.com:

The pub said Monday in a Facebook post that the event went on safely despite the protests, but the business expects to be “a target for violent extremists for a good while” and said it spent $2,000 on private security Sunday.

Readers should ask if Disney, Fox and the AP condone allowing minors to attend and perform in non-LGTBQ adult clubs. At one-time, police arrested club owners who let minors into their clubs.

Here is a picture of the child performing. Disney, Fox and the AP do not provide a picture. The following image was part of the thepostmillennial.com coverage. 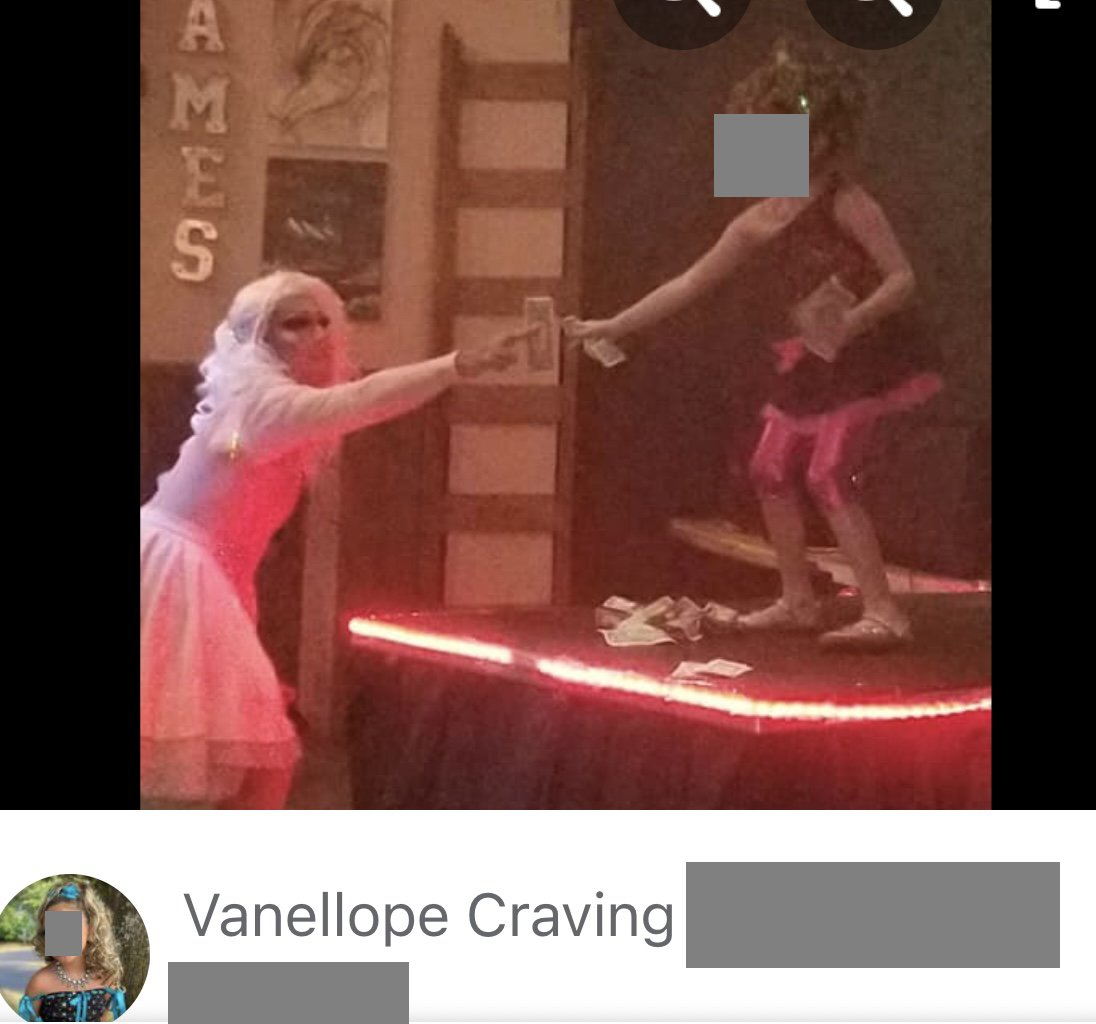 “We love you all so much, and we will not ever back down to hate,” the pub said in its Monday post. It added, “Thank you for standing with us against this growing trend of violence against queer youth and LGBTQ venues.”

Inside the pub, the child who had been expected to perform instead became the show’s guest of honor as several adult drag queens sang and read picture books before an audience of about 50 people, including families with small children. An advertisement for the event showed the young girl wearing a black dress with turquoise polka dots and her blonde hair in a high ponytail.

Disney, Fox and the AP often use the “right-wing” description but rarely use left-wing in describing those on the left. Disney and the AP could have easily applied left-wing to the founder of the non-profit two paragraphs down. This failure demonstrates acceptance of the left’s position and exposes the writer and organizations as propagandists rather than journalists.

Tension over the show had been brewing all week after right-wing personalities learned of it and posted about it online.

The nonprofit Drag Queen Story Hour was started in San Francisco in 2015 by activist and author Michelle Tea. Chapters have since opened across the U.S. and elsewhere. Other organizations with readers in drag have also formed.

As part of Drag Queen Story Hour’s programming, drag queens read to children and their parents at libraries, bookstores, fairs, parks and other public spaces to celebrate reading “through the glamorous art of drag.”

In the following paragraph, Disney, Fox and the AP attempt to minimize what some say is exploitation and inappropriate behavior of adults who promote and participate in these events with children. Reporters for the corporate news organizations avoid showing the more explicit pictures of these shows.

For example, The Post Millennial reported that Old Nick’s Pub asked in a Facebook announcement. “Are you excited for drag queen story time brunch this Sunday morning?” “Vanellope is here to show you what a 11 year old drag queen can do.” Ngo reported further that “The post featured several photos of ‘Vanellope Craving MacPherson DuPont,’ the stage name of the child, including one where she is touching her chest and her mouth is open. The Post Millennial is not publishing the real name of the child.”

Other drag events have also been in the headlines lately. Most recently, a half-hour “Drag Kids” program planned for the Boise Pride Festival generated national backlash and anonymous threats. Festival organizers envisioned a short performance where kids could put on sparkly dresses and lip-sync to songs like Kelly Clarkson’s “People Like Us” on stage. But organizers ultimately pulled the program from the festival due to safety concerns.