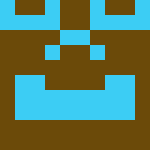 U.S. Supreme Court Justice Clarence Thomas announced Friday he is no longer male and identifies as female. Thomas released a new photo of herself with an all-new look and name – Justice Clarisse Thomas.

Thomas’s announcement came hours after the U.S. Senate finished the confirmation hearings for Ketanji Brown Jackson, who identifies as an African American woman. Biden, Democrat senators, and much of the corporate media that support Biden, touted Jackson’s nomination as “historic.” She would be the first African American woman to serve on the court and make the court look like America.

In an interview, Thomas said he decided to make the change after watching NCAA swimmer, Lia Thomas, win several swimming events. Lia Thomas was born a male and until 2019 competed as a male athlete. She changed her identity in 2019 and 2021 receiving hormone therapy and now a trans woman began competing in female college competitions. The transgender woman dominated the events against her female biological competitors, earning a spot in history as an NCAA champion when the former male athlete became the first transgender competitor to win a Division I national championship.

“If a male swimmer can identify as a female, race against biological females and win records for herself and a spot in history, I thought, ‘why not me,'” Justice Thomas said. “It always bothered me that I would be known as the second African American man on the court. The left does not even give me credit for being Black, and I always found that racist. Now, I am the first African American woman to serve on the court, and they cannot ignore me now.”

Biden promised before his election to nominate the first African American person, who identified as a woman, to the court.

Since her nomination to the court, Biden, the Democratic Party, and the corporate media that supports the party labeled Jackson as a historic figure.

When they learned of Justice Thomas’s announcement, they were shocked and dismayed. Among the most disappointed was white Senator Chuck Schumer, who identifies as a man. Schumer said, “Thomas pretended to be black, and now he is pretending to be a woman. Everyone knows that all African Americans think the same, and any African American who is not dependent on white liberals for their success is not black. Schumer muttered as he walked away, Thomas is neither Black nor a woman.”

If confirmed, Thomas’s announcements will make Jackson the second African American person who identifies as a woman on the court.

After learning her historic appointment was not so historic, Jackson had little to say.
Thomas’s transformation to female is likely acceptable to Jackson, who refused to define the word “woman” during her Senate hearing. The nominee told senators that many people define the term differently, and she is not a biologist.

However, Jackson offered this judgment about Thomas and science. “I have seen Clarisse Thomas, and that is no woman,” she said.

It’s all in a Word: “Conservative” A Label To Run From